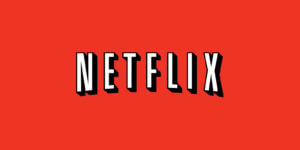 A string of massive TV hits over the years gives HBO MAX a variety of great content in that medium to hang its hat on. Whether it be past hits like The Wire or The Sopranos, or modern classics like Succession, Game of Thrones or Barry.

One fair criticism is the service doesn’t often shuffle around its movies or really expand its catalog in that regard, however that has changed with the launch of HBO MAX. The back catalog is amazing. The services continues to swap the Warner Bros. catalog of movies, yet also movies from other movie studios. And there’s no Cinemax offering as part of HBO MAX, which is a huge disappointment.

The coup de grace? With HBO MAX being the exclusive home of Friends now, the service has surpassed Netflix to the best streaming service.

Let’s talk about Mouse House’s groundbreaking initiative. With ownership over many key IPs, Disney was poised to have a massively successful streamer upon its November 12 launch.

The content kings have a monopoly on family entertainment between their own animated movies and Pixar’s — not to mention Star Wars and the most profitable blockbuster tent-pole property of all-time, the Marvel Cinematic Universe.

Star Wars’ The Mandalorian is the first live-action TV show in a galaxy far, far away, and it’s earned rave reviews. Now all episodes are available to stream in 4k. Season 2 arrives on October 30, 2020.

Here’s the issue: Disney relies so much on back catalog right now, so any streaming service that cycles in a ton of new content gets my attention more. That’s why Disney+ doesn’t quite ascend among the best streaming services yet.

The O.G. streaming providers boast the largest subscriber base, and offer incredible entertainment selection to earn the top spot among best streaming services.

For all the swings and misses Netflix has in greenlighting a great many projects, they have huge hits that defy the odds. Look no further than Stranger Things, a show widely rejected by major networks before becoming a full-blown cultural phenomenon around the world.

Similar to how Amazon operated in the red for years before becoming its own empire of sorts, Netflix is investing heavily in content in the hopes it’ll pay off.

A spectacular 2019 featured Netflix releasing Marriage Story and The Irishman. Both were, as predicted, awards-season darlings and netted Golden Globe and Oscar nominations. Unfortunately 2020 has produced the wins that 2019 did for Netflix. Althought Tiger King: Murder, Mayhem, and Madness did set a new bar for pop culture references.

CHECK OUT: I Am Not Okay With This Netflix Review: A teen angst upgrade

Part of Disney’s Fox acquisition means Disney in fact has full control of Hulu. That essentially means whatever content Disney+ decides isn’t part of its vision, Hulu will take.

Forming an alliance with Disney isn’t exactly a negative, though. As for the clear positives for this service specifically, it boasts a strong base of 28 million subscribers.

Hulu has most notably developed their own TV series such as Stephen King adaptations 11/22/63 and Castle Rock, along with the critically acclaimed The Handmaid’s Tale and the underrated, Aaron Paul-led show The Path, among others.

It’s Hulu’s movie catalog that gives it another big plus for subscribers. With titles like The Art of Self-Defense, Booksmart, Bumblebee, Fighting With My Family, Ingrid Goes West, Mission: Impossible – Fallout and Sorry to Bother You, Hulu has a little bit of everything for movie lovers.

CHECK OUT: What to watch on Amazon Prime Video in 4k right now.

Apple had to get in on this streaming competition at some point. The company is too technologically advanced and pioneering not to, and it officially did on November 1, 2019.

Although there’s a distinct disadvantage in that it’s starting essentially from scratch from a content production standpoint, if anyone can figure it out, it’s Apple. Disney+ got a lot of the novelty shine initially, but Apple TV+ is earning it of late. It’s even outpacing Hulu and Disney+ in subscribers.

A massive lineup of self-produced TV shows and movies was revealed through a press release in September. A-list actors such as Steve Carell, Reese Witherspoon, Jennifer Aniston, Samuel L. Jackson and Jason Momoa are involved, not to mention a new thriller from M. Night Shyamalan.

Apple TV+ has really started strong in original programming. The Morning Show is an unflinching look at news, and Shyamalan’s Servant is off to a roaring start. Even Dickinson and See have been surprisingly good to begin.

The technology company has a ton of global influence in multiple industries, and Prime’s foray into the entertainment business has been another smashing success. Unfortunately when it comes to their streaming service, Amazon has struggled in 2020.

Our sense is that Amazon is moving Prime Video into the sports world more than content production. And let’s call it what it is: Hulu and Amazon get the same movies every month, so that’s hardly a reason to have both services.

On the plus side, Prime members consistently enjoy the best movie selection, which mixes in classics more consistently than most other platforms. Users don’t have to wade through quite as many original titles as Netflix, making the menu easier to navigate.

More familiar films without an oversaturation of original content help Amazon’s in-house stories to stand out better from the crowd.

CHECK OUT: What to watch in 4k on Netflix right now.

The services feels more like a promotional vehicle for their traditional channels (NBC, NBC Sports, NBC News) than a streaming service in many.

The movie catalog is pathetic. While you’ll find certain gems like Pyscho, Talk Radio, Reservoir Dogs, and Fletch from time to time, the entire Universal movie studio catalog is not online. What is available are usually about 30 movies you may have heard of and then a list of 100+ movies you did not know existed. It’s a bad offering the Comcast-owned Peacock.

The good news is that if you’re a fan of reality TV, Peacock may the service for you. With a slew of Kardashian shows to The Real Housewives, Peacock is an epic train wreck of reality-drama binge-fest

Beyond a limited selection of movies, there’s a slate of 10 original TV shows, three of which are based around Star Trek and none of which have to do with the celebrated movie trilogy of recent years.

What really excited people initially in CBS’ feed is its revival of The Twilight Zone. This rebooted, beloved TV show is executive produced and hosted by Jordan Peele. His big hits as a writer-director (the films Get Out and Us) have made him arguably the most coveted creative mind in the business.

But now the focus has shifted to Star Trek: Picard, starring Patrick Stewart. The series has been well-received so far, and contributed to a subscriber boom.

CBS All Access (which will be renamed Paramount+ in 2021) has experienced steady growth since launching in October 2014. While it still has a ways to go to compete, the Viacom-CBS merger is big — and will boost its movie catalog via Paramount Pictures.

The knack this seemingly perpetual has to produce long-running, high-quality TV is undoubtedly impressive. There’s goodness to be found in Weeds, Shameless, Ray Donovan and Kidding — and even greater heights in the likes of Billions, Homeland and Dexter. Kidding is rolling out a new season now, which bumps this up a bit.

Since Showtime was a subsidiary of CBS, it’ll be interesting to see what happens now due to the ViacomCBS merger. Showtime has offered more mature content that wouldn’t clear regulations imposed on CBS’ own TV shows.

What also helps Showtime stand out is its heavy focus on boxing. Getting access to that sport in particular with its pay-per-view model is especially crucial and makes it less dispensable in the coming years.

Ideally in the coming years, Showtime will be rolled up into the Paramount+ network, so multiple offerings of CBS All Access and Showtime can be found on one service. Make it so, CBS!

YouTube is starting to allow movies to stream for free with ads — and good ones at that! Consider that as of this writing, a YouTube user can log in, watch a brief ad at the top, and then view The Birdcage in its entirety without any further interruption.

Particularly with YouTube’s cutting-edge status and knack for innovation in creating a richer user experience, there could be some fascinating developments in the coming years as virtual reality technology continues to improve.

Expect YouTube to continue ascending among the best streaming services as it produces more original programming.

CHECK OUT: The best movies to stream for free on Hoopla in April