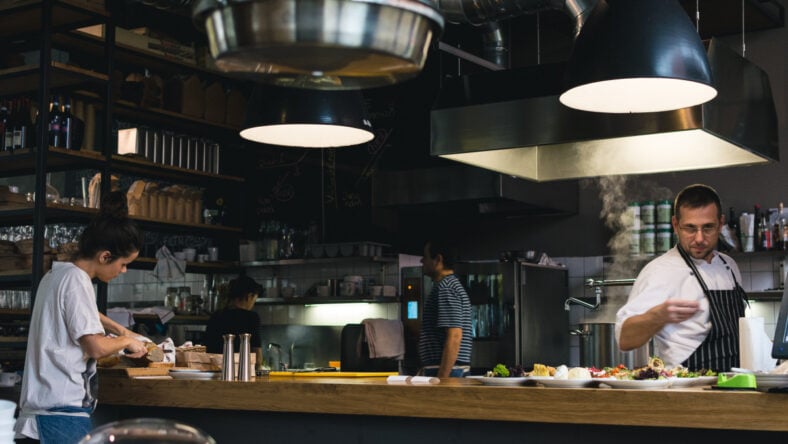 Watching good food being cooked and plated is a very comforting experience, particularly for those who enjoy the culinary process. We have listed the best cooking shows on Hulu to stream.

MasterChef is a competitive show that invites home chefs and amateurs to compete in a series of theme-based cooking.

Each round is judged based on the technique, use of ingredients, and uniqueness of dishes. The contestants are eliminated based on the judges’ feedback.

Crime Scene Kitchen consists of twelve contestants competing in two teams to determine which dish they should make. Clues are left in the crime scene kitchen to help. It’s a different take on food competitions, but it is fun to watch.

Best Home Cook brings ten contestants from different walks of life and professional backgrounds, competing against each other.

The judges select themes for the day, with an increasing level of difficulty with every episode, thus testing the skills and creativity of the home cooks. Each week the contestants compete in three stages, making their favorite home-cooked meal, a dish using a single ingredient, and a final elimination round.

At the end of the episode, one participant gets eliminated, and so on, until the winner is the last one left.

F*ck That’s Delicious is about a Rapper and former pro-cook Act, ion Bronson is the perfect fit for a travel and food show. Bronson has a stoner affability that leads to quelling munchies worldwide as he tours. The show has a knack for bridging the food of the streets with the food of the higher classes without making one feel superior to the other.

Gordon Ramsay’s 24 Hours to Hell and Back helps struggling restaurants across the United States. This is a restaurant boot camp show where Ramsay intervenes with a local restaurant business and turns things around within 24 hours. But being a perfectionist and intimidating, his methods surely scare the restaurant owner and staff.

Next-Level Chef is about 15 contestants who battle in different atmospheres. Over three stories high, each floor contains a stunningly different kitchen.

The ingredients match the environment, from the glistening top floor to the challenging bottom of the basement. Ramsay believes the true test of great chefs is what they can do in the best circumstances and what kind of magic they can create in the worst.

RELATED: 5 Amazing Kitchen Gadgets Everyone Should Own

Worst Cooks In America Celebrity Edition is about a celebrity getting a $50,000 prize to donate to the charity of their choice. The recruits are trained in various basic cooking techniques, including baking, knife skills, temperature, seasoning, and preparation. That still doesn’t help that they can be the worst cooks in America.

Tasty 101 offers tutorials from your favorite delicious, tasty recipes. Each episode focuses on one new skill or food to teach viewers how to be better cooks. It is a great show for people who are beginning to cook and need a little help in the kitchen.

Hell’s Kitchen is about a cooking competition that follows wannabe chefs as they slice and dice their way through each episode, vying for chef Gordon Ramsay’s attention in hopes of winning a life-changing culinary prize. Whoever wins gets to work at one of his restaurants as the head chef, which comes with a quarter of a million dollars.

Find Out More About Hulu And It’s Free Trial Now

Chopped has four chefs who compete against each other for a chance to win $10,000. It is a one-day competition where chefs come to cook for rotating culinary celebrity judges.