Live TV as we know it is coming to an end 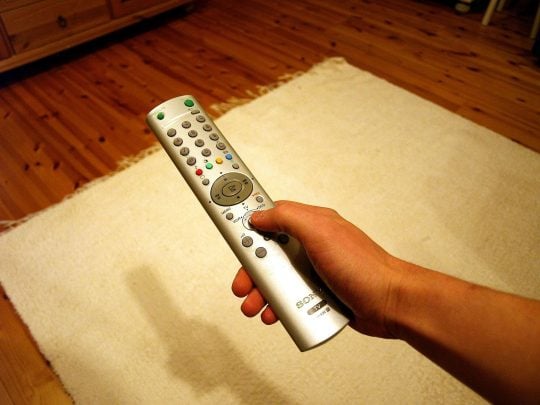 After Hulu+ Live TV announced a price hike last week, AT&T TV Now’s own increase starts Tuesday. What could all this mean for the future of live TV, though?

Well, if recent research is to be believed, live TV itself is entering a revolution that’ll make its services largely obsolete. Such is the reality we live in during the “Streaming Wars.”

Cord Cutter News reported on research carried out by MoffettNathanson, which illustrates big losses of satellite and cable providers. A main reason is how expensive these plans are. But there’s more!

Hulu+ Live TV’s increased subscription rate will take effect on December 18. It’s going from $44.99 to $54.99 per month. That’s less than most all lower-level plans on Cable or Satellite TV, yet it’s a trend that could hamstring live TV itself.

Here’s a key excerpt from MoffettNathanson on their findings:

Customers are not leaving linear TV for [Live TV Streaming Services.] They are simply leaving live TV altogether. We observed last quarter that the more important story was the fact that so few subscribers ended up moving to vMVPDs. This quarter, that narrative still holds.

[…] Eighteen months ago, the cheapest video packages for [Live TV Streaming Services] were clustered around $30 to $35 per month. Eighteen months later, most are in the $45 to $50 per month range, an increase of roughly 50%.

AT&T TV Now was reported last month to increase its price by as much as 30 percent. It’s going up toward $80 per month. AT&T’s service isn’t considered among the very best live TV hosts, though, whereas Hulu is.

Research clearly shows cord-cutters are starting to squirm at these raised prices.

It seems like these outlets are capitalizing on the mass cancellations of traditional TV and cable plans. It’s getting to the point where live TV might not even be worth it at all. Or, alternative business models may be necessary to consider amid this revolution.

Perhaps the reason for these price spikes is the emerging plethora of streaming services. Apple TV+ and Disney+ are two huge new streaming ventures that launched this month. Their rates are $4.99 and $6.99 per month respectively.

With each platform offering plenty of exclusive content, live TV is falling by the wayside. The most widely-used streamer, Netflix, already charges $12.99 per month, but everyone wants the latest in streaming — at least right now.

Between all the subscription fees to these separate streamers and HBO Max and NBC’s Peacock launching in 2020, it’s all going to add up very quickly. HBO’s streaming service is designed to get people away from cable or satellite add-ons for HBO Go or HBO Now.

Even with HBO Max being free for AT&T TV Now customers, this recent price hike isn’t doing them any favors.

So, now it’s going to cost something in the neighborhood of a cable/satellite subscription fee just for all major streaming platforms. How does live TV fit into that? Probably not by raising prices or bundling one of the streaming services into its exorbitant fees.

Is YouTube TV set to be the new live TV giant?

YouTube has distinguished itself as the apex of video hosting platforms. It’s owned by Google and has plenty of backing. The more YouTube goes into this sphere, the more it’s likely to eliminate competition.

Alas, no one can anticipate what’s going to happen in this rapidly changing era of entertainment consumption. It’s unlikely everyone at once will move off live TV, because there’s a decades-long precedent of it.

CBS All Access isn’t as large-scale as other big streamers, but has the traditional cable TV fare millions of people love. Not a wide enough reach. Amazon Prime Video has channels available as add-ons, and Prime members have access to so many more services beyond entertainment than its competitors.

YouTube TV’s sports package on its own is incredible, yet it’s also developing original programming and isn’t limited to entertainment style or genre.

Because of how new-wave it is — a la, its distance from traditional cable companies or previously established streamers and the accompanying fees — its array of live TV content and relative bang for the buck at $49.99 per month, YouTube TV has all the elements to carve out its own niche.

Barring a price jump to match the market, that could well happen. Then, the undisputed king wouldn’t even be part of basic cable and satellite. That’s when you know live TV as we know it is coming to an end.