8 Best 80s Movies And Where To Stream Them 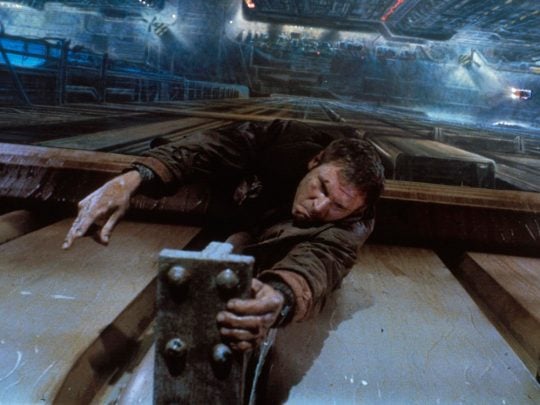 If you’re looking for the best 80s movies, we’ve got you covered:

Whether you prefer the version where Harrison Ford does a monotone, noir voice-over, or any of the other numerous cuts of the film, there’s no denying Blade Runner is a sci-fi classic.

It initially bombed at the box office, yet it’s stood the test of time as well as any commercial flop. This isn’t just a cult movie — it’s a visionary masterpiece from director Ridley Scott.

The collection of comedic talent is staggering here. Rodney Dangerfield is as obnoxious and glorious an on-screen presence as you’ll ever see in Caddyshack.

Chevy Chase and Bill Murray put aside their personal differences to costar in the quintessential golf riot. They’re both excellent, and although some parts of the film haven’t aged well, it’s not without its throwback charm.

This film’s story follows two rival athletes in the lead-up to the 1924 Olympics, with religious undertones. With an inspirational (if simplistic) narrative and an unforgettable, rousing score, Chariots of Fire has a lot working in its favor.

Another Best Picture Oscar recipient, albeit a controversial one. That off-screen saga tends to overshadow the fact that Driving Miss Daisy is, in fact, a really beloved film.

Morgan Freeman originated his role in an Off-Broadway production and received an Academy Award nomination. Much racial discourse surrounds the movie today, so it’s worth checking out to draw your own conclusions.

Full Metal Jacket‘s legend revolves around actor Vincent D’Onofrio and his enormous weight gain for an epic supporting role. Then, of course, Lee Ermey as Gunnery Sergeant Hartman must be seen to be believed.

Ermey was a drill instructor in Vietnam for the U.S. Marines. He improvised many of his lines, and the results were remarkable.

When you have a story by Steven Spielberg, a screenplay by Chris Columbus, and a director like Richard Donner, chances are, you’ll have a great movie.

CHECK OUT: 9 Best Disney Plus movies for kids

Shane Black penned one of the hottest spec scripts in Hollywood history with this buddy cop classic starring Danny Glover and Mel Gibson.

To cap off this list of HBO Max ’80s movies, let’s go with the original Vacation. Forget the recent, not-so-well-received reboot — this Chevy Chase classic is a worthy addition to the catalog.

The Griswold family is always a hoot to follow with all their mishaps, slapstick humor, and hysterical interactions. Like Lethal Weapon, this launched a slew of sequels, yet the original is the best.